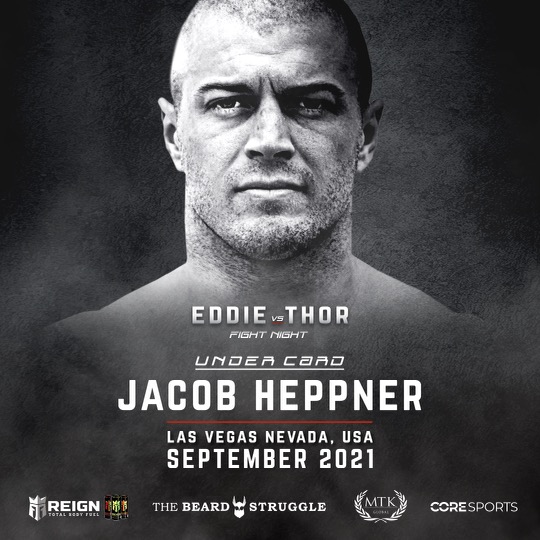 In a first of its kind boxing match, Josh Bridges and Jacob Heppner have come to an agreement to put the training methodology CrossFit on full display through combat within the ropes of a boxing ring. With an impressive 11 appearances between the two CrossFit Games athletes, including one podium finish, and six top-10 finishes, the transition to combat for the first time ever between CrossFit athletes will be a square off for the ages.

Tale of the Tape: Former Navy SEAL, Father, Business Owner, and CrossFit Games legend, Josh Bridges will be taking his hard working attitude to the ring, to showcase the transferability of military knowledge, and explosive power and stamina developed through years of high level training. Standing at 5’5”, 175 pounds and boxing orthodox, the SEAL will be fighting Jacob Heppner, multi time CrossFit Games athlete, serial entrepreneur, and well versed shooter, looking to take his aerobic talents, and don’t quit attitude to the canvas for the first time in his career. Jacob weighs in at 190 pounds, and stands at 5’7” also fighting orthodox.

Having always been a big lover of combat sports, Bridges took the fight as something to train for, after a storied CrossFit career. Heppner, known for his wild antics during the peak of his career, always loved to try new things. When retirement from the sport of CrossFit happened, “the curiosity to try new things didn’t retire with it.” After careful consideration with his wife, Heppner decided to throw his hat into the ring, and put his best foot forward.

When asked how CrossFit translates over to a striking sport, “CrossFit makes you functionally fit, and really helps with your overall engine which will help a ton during the fight- but it doesn’t teach you how to strike specifically, so I am working with my coach here in San Diego to develop that skill.”  Heppner echoes the sentiment, feeling that the aerobic gains made through CrossFit may transfer well, but learning to strike is “a whole new style of fitness”.

Each fighter believes that the winner will come down to raw conditioning, and the ability to keep it together between the ears after eating a few punches. To get them hyped up for the occasion, Heppner if given the opportunity to choose a walk out song would choose Panda by Desiigner, and Bridges would walk out to his own thoughts.

The fight will take place in Las Vegas, NV, in September 2021, with the exact fight date TBD. The fight will consist of six three minute rounds, using 12 oz gloves. The fight is brought to you by the promoter/organizer Core Sports, who offered both fighters a contract to fight on the undercard of the Hafthor Bjornsson vs. Eddie Hall fight, dubbed the heaviest boxing match in history.